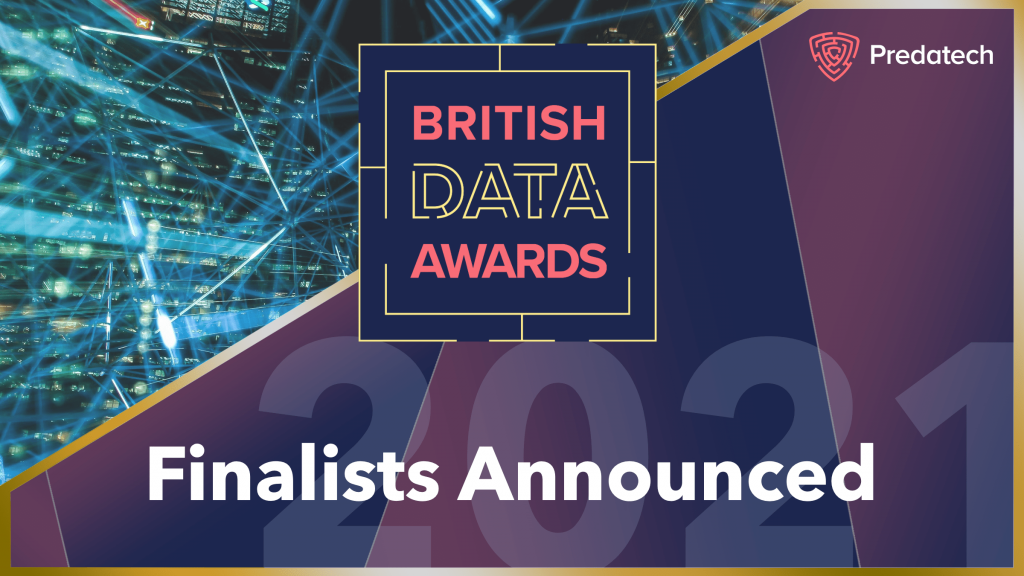 With 149 entries received, competition to be named a Finalist in the British Data Awards proved to be tough, and today we’re thoroughly delighted to present our 2021 Finalists.

The British Data Awards is an annual campaign that sets out to uncover data success stories. Organisations taking part this year include FTSE 100 giants, tech unicorns, innovative start-ups, public sector bodies, not-for-profit organisations and everything in between. Run by Predatech, the British Data Awards helps to discover and celebrate organisations that are passionate about data, no matter their size. While some of our 2021 Finalists have the potential to change the world, others are having a much more local, but nonetheless important impact.

Jason Johnson, Co-Founder of Predatech and British Data Awards judge said: “We set-off on a quest to find our Finalists back in February, and it’s been quite a journey! Judging the entries has been a challenge due to the number of high quality entries, but it’s also been a great privilege. It’s reminded us of the sheer talent and ingenuity that makes the UK such a global powerhouse for all things data. All our Finalists should be very proud.”

We’d like to extend our thanks once again to all the judges for reviewing the entries and sharing their expertise:

And so, without any further ado, the British Data Awards 2021 Finalists are:

While every region of the UK is represented among our Finalists, organisations based in London, Yorkshire and the Humber, and Scotland account for some 63% of all Finalists.

Winners will be announced online on Tuesday 4th May. If you’d like to stay up to date with the British Data Awards, please follow us on LinkedIn or Twitter. It’s been three decades since the advent of the World Wide Web and since then, web content has transformed from serving simple HTML files to…
READ MORE
SEE ALL ARTICLES
We use cookies on our website to give you the most relevant experience by remembering your preferences and repeat visits. By clicking “Accept”, you consent to the use of ALL the cookies. Find out more by reading our Privacy Policy.
Cookie settingsACCEPT
Manage consent